Last fall I got a little disenchanted with the whole social media scene. I blame the US election. It seems as the election got closer the tweets got meaner and stupider. And I’m talking about both sides here. It was really disheartening.

You know what saved me though?

First it was the Phillies.As they got closer and closer to winning the world series, I always turned to Facebook and Twitter so I could feel more connected to Phillies fans. As a Philly transplant, it was kind of lonely watching the series here in Maryland. Tuning into twitter was the next best thing to sitting in a sportsbar in Philadelphia, watching the Phils win the world series for the first time since 1980.

And then there was football.We have a little bit of a conflict in my household. My husband is a Redskins fan. I kind of toggle back and forth between the Ravens and the Eagles. But the bottom line is that we love to watch football; any team, any time. So last season if the Redskins and the Eagles were playing at the same time, I would use twitter to track both games.

Eventually I would have 7 or 8 search windows open so I could track multiple games. You could tell if something exciting was happening in one game because the amount of tweets would shoot up dramatically. It made game day extra fun. Again, kind of like sitting in a noisy sports bar, cheering for your team.

So I had to laugh when I read this:

Sports and Social Media: Where Opportunity and Fear Collide

Just another example of how old media just doesn’t get new media. How ironic. As the NFL, the SEC and ESPN put more and more restraints on how players and fans use social media, I am finding social media makes me more of a sports fan than I was in the first place.

My prediction is that social media and sports are already colliding in a big, messy, incredibly entertaining way and there’s nothing anyone can do to stop it.

I also predict that the Ravens are going to have an awesome season. 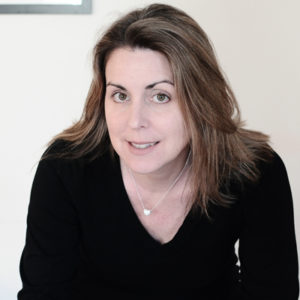 I'm a registered nurse with a background in web publishing and graphic design. I've been blogging about nursing since 2005.